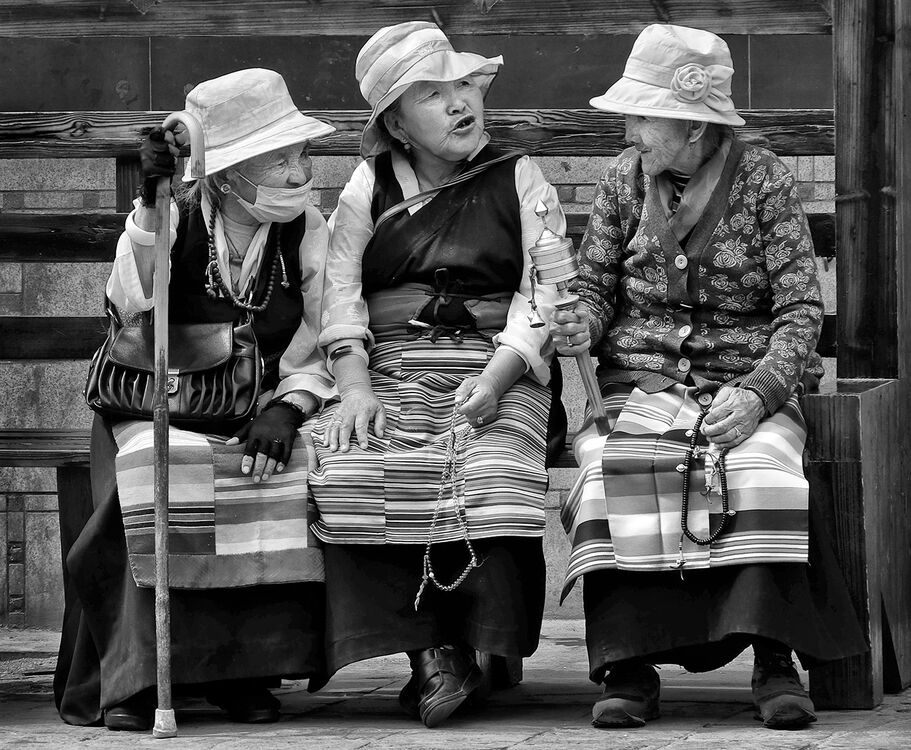 It's The Honest Truth
We all enjoy a ‘David and Goliath’ story where we find ourselves naturally routing for the underdog, well Mid Cheshire Camera Club (MCCC) had its own ‘David and Goliath' story to tell and it starts in the summer of this year.

Ross McKelvey from Catchlight Camera Club in Northern Ireland posted a challenge on the UK Camera Clubs FB page to any UK club that fancied a three-way PDI battle. At the time I was queuing for a flat white at my local village café when I received a call from my Competition Secretary, Ray Girling, who explained it might be a good idea to take them up on their challenge. So, I made contact with Ross and a date was set. The other club involved was Mallow CC from Southern Ireland. Unbeknown to me I had accepted a challenge from a Camera Club that were not only the current Northern Ireland Champions but were the 2018/19 Irish Champions and the 2017 World Champions.

With such an excellent pedigree, you can imagine my surprise when I found this out. I stood in front of my small gathering of camera club members the week before the three-way battle and explained that it “will be a good experience for us” and “we will learn lots” and “we will do our very best but don’t get your hopes up too much.”

The night of the battle was upon us, our contingent of members gathered at MCCC HQ and dialed into Catchlight’s zoom meeting. I had never seen so many people on zoom, it was fair to say that both Mallow Camera Club and Catchlight have what appear to be very healthy memberships and as the Irish Covid rules at this time didn’t allow group meetings their members were dialing in from their homes.

Ross McKelvey introduced Catchlight CC, Mallow CC, and then ourselves. He then went on to introducing our judge for the evening, Mr. Clive Tanner (ARPS FRPS MPAGB APAGB) from Maidstone Camera Club in Kent. With 90 images in total from the three clubs, Clive definitely had his work cut out for him.

The stage was set, our lights were dimmed, the zoom techs were happy – Ross started the proceedings off with a quick run-through of all 90 images. I noted there were some really good photographs across a number of different genres to be judged. Clive then started his judging. In fairness to Clive, the imagery in my opinion was of an immensely high standard and to try and find point differences between such quality images must have been very difficult. Clive had been given the opportunity to review and prescore the images before the evening which was a good thing and would help with his time management but he had only been given the image names, no club details.

MCCC started off very well with some high teen scoring images and one image being held back. We also got our first 20 point score early on. I started to think that we could end the competition without being totally annihilated and that our score would be respectable. By the halfway mark we had continued to score in the high teens, which included a handful of ‘19s’ and a couple of ‘20s’. As we drank our tea, there was a nervous air of anticipation – maybe we could sneak a second place!

Part 2 commence and Clive was straight out of the stalls judging. At times I didn’t understand why he judged an image in a particular way and I can only put that down to my crude and untrained eye but Clive was really getting to the detail, I suppose he had to. When image 90 was finally judged I looked at my score sheet, it looked promising but I really couldn’t tell how well we had done. I needed someone to add the scores up quickly. I could see my Internal Competition Secretary, Ian Whiston across the room wearing a big smile, what did this mean, had we managed to grab a sneaky second place? Fortunately, Ross was on hand to put me out of my misery. The scores were called out:
1st - 528
2nd - 516
3rd - 506

The suspense was killing me, I needed to know which club married up to which points. Then the winner was announced;

Well, I never would have guessed the result and I am so proud of our Club for doing well. Winning this friendly competition was really nice and for a small club, we do have some excellent and talented photographers. Like the other Clubs, we submitted 30 images. It would be impossible for me to make mention of all the images that did well last night, it was very much a team effort, and every mark counted to our winning result however, I will make mention of one image that Clive did single out as the best overall mono image. This was “It’s the honest truth” by Ian Smith, well done Ian.

The win, in some respects, is just the tonic we needed, but I also think the making of new friends in the Camera Club world is just as, if not more important and I very much hope that we have the opportunity to have a rematch with our new friends, Catchlight and Mallow next season.

For more information about the Mid-Cheshire Camera Club visit our website at www.midcheshirecameraclub.org or come along to a meeting on Wednesday evening at 7.45 for 8pm at St Andrews Methodist Church, Dingle Lane, Winsford.