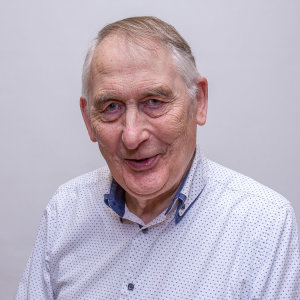 Gordon Jenkins
The number of submissions this year was little down compared with previous years. This is not surprising as this Print Competition was being held for print images for last season, which was, as members will remember a COVID season with zoom meetings. Still, members managed to drum up over 50 images for our regular Annual Print Judge, Mr Gordon Jenkins (Hon PAGB) to score.

Gordon is a member at Chorley Photographic Society. He is a long-standing Judge from within the region being associated with Club Photography for many years. In the 80s, Gordon was Elected onto the Executive Committee of the Lancashire & Cheshire Photographic Union and immediately served as the Competition Secretary. He became Vice President in 1992 before taking the Presidents role in 1994, and then again in 2007. Over the years, Gordon has been one of the most popular L&CPU judges.

Gordon - judging from home via Zoom, needed no introduction because he is a regular visitor to MCCC and a passionate supporter of printed images, what he doesn’t know about prints is not worth knowing! Being in a slightly unusual position of having the luxury of more time to critique each image, Gordon was not going to waste any of it. Each image had been pre-judged and he had his notes ready. He gave wonderful, balanced, and at times sensitive feedback to all the images speaking with passion and affection when reviewing our images.

The results are as follows.


Congratulations to all the winners and runners up and a thank you to all the members taking part. A final big thank you goes to our Judge – Gordon Jenkins, who worked tirelessly across a massive field to provide sound and honest feedback throughout the whole evening. We look forward to seeing him again next year. A second thank you goes out to MCCC Committee members, Ray and Ian for working very hard behind the scenes to make this competition in its new format possible.

For more information about the Mid-Cheshire Camera Club visit our website at www.midcheshirecameraclub.org or come along to a meeting on Wednesday evening at 7.45 for 8pm at St Andrews Methodist Church, Dingle Lane, Winsford. 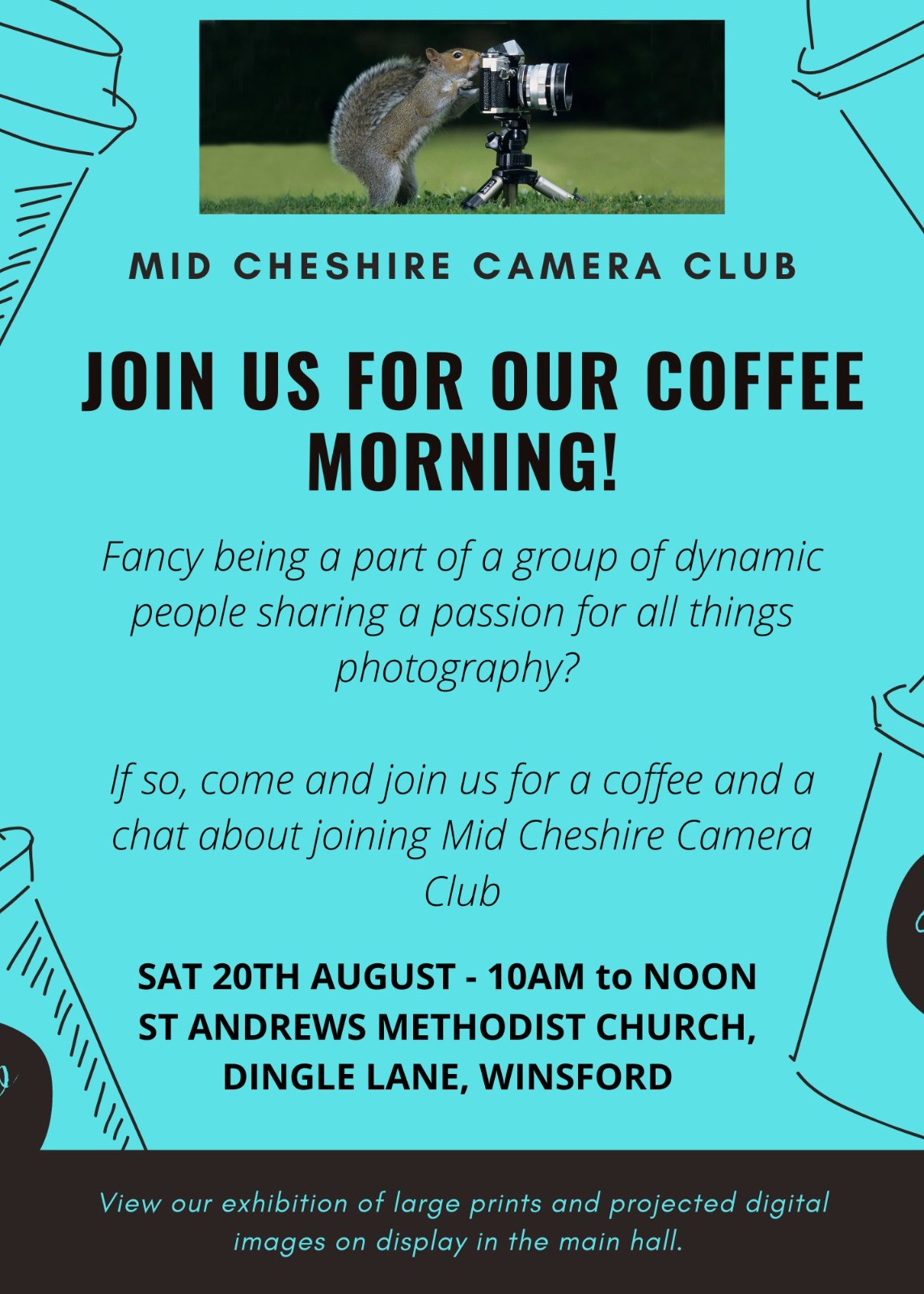 If there are any photographers in our community wanting to improve their skills or submit their images to local and regional competitions then please come along to our coffee morning for a relaxed introduction to our club.

The coffee morning is being held at St Andrew's Methodist Church, Dingle Lane, Winsford on Saturday 20th August 2020 between 10am - Noon.
Next
Previous