Members Evening with Chris Prior and Ian Smith 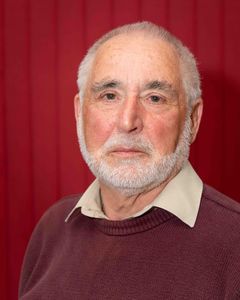 Chris Prior
Mid-Cheshire Camera Club members were treated to two splendid presentations by two of our globe-trotting members.

First up was Chris Prior; his presentation documented his motorcycle journey around Columbia taking in sites. Starting in the area of Bogota travelling to the north of the country before returning south via a different route back home. Chris explained he was part of an international group of tourists being led by the Tour owner on motorbikes through some quite remote parts of the country. Chris is very used to travelling the world and speaks enough Spanish to get by. He has visited over 30 counties over the years. When he arrived he was issued a large modern motorcycle which would be able to handle all of the dirt roads that they would be using. A lot of the locals were not used to seeing modern motorbikes. During the trip, Chris had the opportunity to take a number of images which documented his trip. When asked if he felt unsafe Chris stated he felt quite safe but was advised not to engage in conversation with the National Police as corruption was a problem. Chris ventured into areas of wealth as well as poverty showing the financial diversity of the country. He remarked on how well turned out the school children were in the poorer parts of the county which evidenced the standards that local communities achieved despite their poverty. I admire Chris for venturing to Columbia for a touring holiday. However, it was a great way to see many aspects of the country that a hotel holiday would not have been able to do it justice. 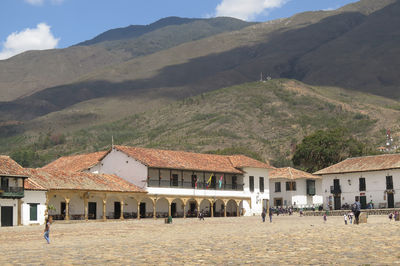 Plaza Major at Villa de Leyva, an old colonial town in the foothills of the Andes 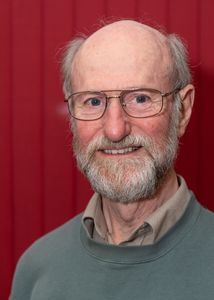 Ian Smith
After tea and biscuits, Ian Smith presented a recent holiday to the Dolomites in Italy. Ian had walked the Dolomites many years ago and this was a return visit. He was accompanied by two friends and the hiking trail they were following was the Alta Via 2. The Dolomites are a mountain range in North-Eastern Italy, designated as a UNESCO World Heritage site due to their rugged, natural beauty. There are several Alta Via’s (or High Trails) that cross the Dolomites from North to South. They’re numbered 1-6. Ian explained that the Alta Via 2 must easily be one of the most beautiful treks in the world. The Dolomites really are a unique part of the world well worth visiting both in the summer and winter. Ian and his friends had a planned schedule of walking for each day to ensure they completed the whole hike. Rest days were built in. This was very much about the walking and the accomplishment as well as taking in and photographing breath-taking vistas of the Dolomites. Each day the trio of walkers would leave their lodge and walk a set path to the next one. Some of the paths were extremely high up and narrow with only a steel cable to hold onto to prevent a decent drop to a painful end to one's holiday, safe to say Ian & Co. did make it safely. Despite walking many miles per day at varying altitudes Ian explained his route, what he saw and photographed along the way. This included the landscapes but also some of the forna. It was good to see that Ian had made it to the end of the walk. My knees were aching for him by the end of the presentation.

Both presentations were well presented and enhanced by good pictorial photography. MCCC thanks both Chris and Ian for taking the time to present their adventures to the Club.