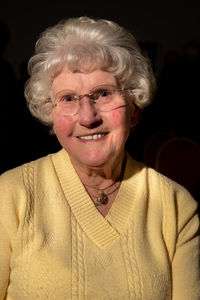 Paddy Kosogorin
Most members know Paddy Kosogrin, she is a long-serving member of Mid-Cheshire Camera Club. Having joined the club in 1983 it was not long before she decided to take a position onto the clubs committee in the following year. In recent years Paddy has always been there for the members and most meetings she can be seen in the kitchen at tea time organising tea and biscuits for everyone.

Paddy’s story starts in the 1950s. During this time as a young woman, she read a book by Carlo Levi. The book, entitled “Christ Stopped at Eboli” is a memoir by Carlo Levi, published in 1945, giving an account of his exile from 1935-1936 to Grassano and Aliano, remote towns in southern Italy, in the region of Lucania which is known today as Basilicata. In the book, he gives Aliano the invented name 'Gagliano'. The title of the book comes from an expression by the people of 'Gagliano' who say of themselves, 'Christ stopped short of here, at Eboli' which means, in effect, that they feel they have been bypassed by Christianity, by morality, by history itself —that they have somehow been excluded from the full human experience.

For a long time after reading the book, Paddy was inspired by the locations described by Carlo in his book of a poverty-stricken southern Italy, cut off to some extent from the north. In 2019, Paddy saw an advert in a national newspaper advertising a holiday in the Basilicata region. This advert rekindled her longing desire to visit the area. Following a conversation with her son Peter, he planned and arranged a four-day round-robin driving tour of the area that included lots of the places described in Carlo’s book for both of them.

Using her trusty Sony Compact Camera, Paddy documented her journey through her photography with a series of excellent images. The images depicted a very different life in this region of Italy, full of charm, local traditions and not overly populated with tourists. Paddy was able to add information and explanation to each image being displayed providing context and emotion of the occasion.

This club meeting was not just about the photography but was more about Paddy sharing with her fellow members a life long dream to visit an area of the world that had been inspired to her over 60 years ago from the writings of an anti-fascist in exile. I thoroughly enjoyed her journey and our Chairman, Ray Hill offered Paddy the club’s heartfelt thanks for taking the time in sharing her story with us.