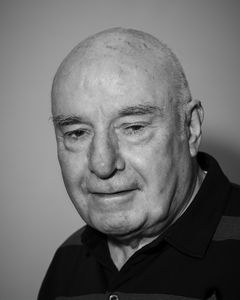 Dave Jones
Twenty-two fresh and slightly chilled faces greeted Mid-Cheshire Camera club long-serving member; Dave Jones as he confidently cleared his throat, settled us down and introduced us to the amazing and at times breathtaking world of photographing Military Aircraft. Dave has been a member of MCCC for 12 years and taking images of aircraft form 9 years. His current set up consists of;

His two favourite aircraft that he has enjoyed taking the most over the years are the Harrier Jump Jet and the Tornado.

Dave eased his audience into the genre with a number of questions that he asked allowed and answered for the audience. These included, can anyone do it? What equipment do you need? Can you do it on a budget? These questions formed the basis of his presentation which then blossomed into other aspects of the genre, for example, best places to photography this type of aircraft.

Dave discussed at length the kit needed for this type of work making reference to purchasing second-hand equipment being a good way to start in this unique type of photography. A typical set up required would be; 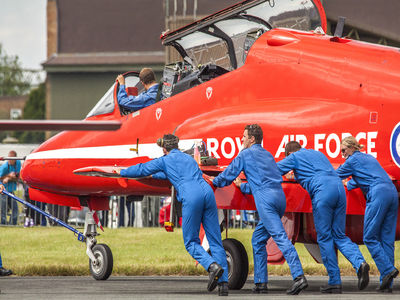 Mechanics at Work
Dave recommended using a full-frame camera due to the better handling of higher ISO. Besides the basic equipment, Dave was keen to point out some of the other kit that should not be overlooked such as memory cards and batteries. He over suggestions as to where to purchase these items. Lastly, Dave warned the attentive audience of the need for wearing the right clothing when in search of the “riders of the sky.” They will be flying in most weathers whilst the photographer may be freezing their ‘proverbials’ off waiting for the aircraft to pass. You need to keep warm and dry and you need to keep your equipment protected from the elements.

Dave covered the technique of shooting the aircraft adding that taking an image of a jet fighter travelling at 400 – 1200mph is not an easy thing to do and it requires practice. His tips for success included;

In terms of location, Dave talked a lot about visiting Air Shows but he also talked about his experiences of taking images at the Mach Loop. The Mach Loop is a valley near to Llanberis where a deep valley between two mountains – Cad West and Cad East. Pilots from Air Forces from all over the world take their aircraft through the Mach Loop. It is one of the best locations to obtain images of aircraft where you are either parallel to the aircraft or even higher. Dave adds the only downside of going to the Mach Loop is you never have any idea of what aircraft are going to show up. It is a waiting game and hopefully, you may be lucky. 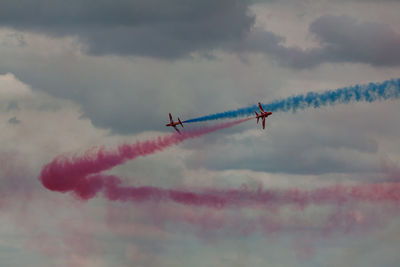 Crossing at High Speed
Dave ended his presentation with a short video of some superb images captured from the Mach Loop and others captured at various air shows.

Dave presented a delightful presentation which was full of good quality advice and backed up by some fantastic images. I know for a fact that I will be visiting the Mach Loop next summer.

**GR4 Tornado courtesy of Dale Smith**
Previous
Next
Next
Previous