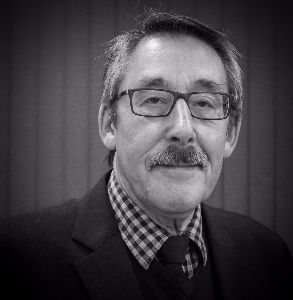 John Royle
This year our club theme was Men or Women at Work. This is quite an open topic with lots of potentials to be creative and conjure up interesting studies. The number of participants was a healthy 21 Prints and 42 Projected Digital Images. Although not initially published our Judge for the night is a regular visitor and good friend of Mid-Cheshire Camera Club – Mr John Royle (CPAGB, BPE1*)

It was always going to be an interesting final competition, especially in the Print section. Besides the themed comp itself, the photographer of the year for both prints and PDIs was to be decided following the totting up of the marks. With a total of 57 points, across the first three places, up for grabs it could blow the competition wide open but interestingly the top three scoring photographers in the prints section were separated by only a few marks. Being one of the three I pondered if my submissions for the night were good enough. I wonder if Kath Hill and Ray Girling - the other two - photographers in the top three - were confident of success. 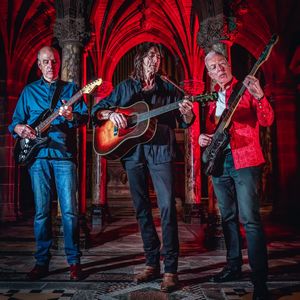 Cathedral Gig
As this competition had a specific theme John concentrated his judging more on how the image represented itself in the theme rather than discussing the finer points relating to composition, line, shape etc. Of course, John was still keen to point out if an image was technically correct but his main focus was how the image fitted into his view of our chosen theme. Judging this theme must have been difficult because of the massive latitude with the theme itself. However, John with quietly spoken confidence described what he saw in each image and then either held it back for a second look or gave it a mark. In fairness he made it look easy but anyone who has had an opportunity to a judge photography competition, even our own Small Prints evenings where members get a chance to score other members works, will know how difficult it is. As luck would have it, John whittled the Prints down to the last three for final scoring. Unbelievably the three authors were Ray Girling, Kath Hill and myself. Who would have believed it? John announced his first, second and third choices and then we broke for tea. 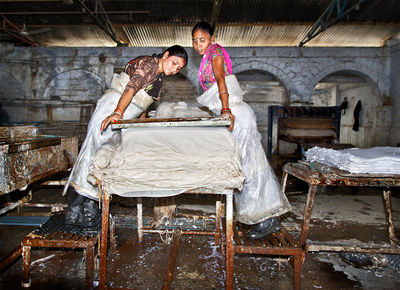 Paper Makers
After Tea, I concentrated on how the PDIs side of the evening was developing. John maintained his stamina steadily pushing through the field. It was not long before the top three were decided and the results were in.

Well, fancy that. Congratulations to all the winners and runners up and a thank you to all the members taking part. A final big thank you goes to our Judge – John Royle, who worked tirelessly across a diverse field to provide sound and honest feedback throughout the whole evening. We look forward to seeing him again next year.

In relation to the Photographer of the Year, I am pleased to announce the final results for the top three members. A big well-done to Ray Girling who has produced some outstanding work this year. He is definitely the one to beat next year.
Please remember this is the first year the club has used this marking system and members will get an opportunity to feedback to the Committee at the AGM, but for now here are the marks. The full scores for the membership can be found on our website.

Photogragher of the Year - Prints

Photographer of the Year - PDIs