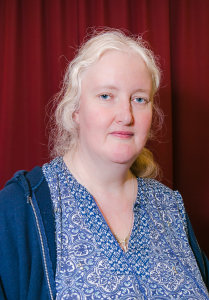 Jane Lines
Walking into the Dingle Recreational Centre, I contemplated the fact that I had not submitted any Print entries for this competition. There were a number of reasons why I generally do not submit prints and I think the main one is confidence. However, I could not help feeling a wave of regret come over me as I walked into an electrically charged atmosphere of the main meeting room. All the usual candidates were there – Ray Hill was learning against the stage with a quiet confidence about him. Kath Hill, as usual was taking the money and doing a fine job of greeting all the members. Our Chairman, Ian Whiston was checking the print projector stand whilst waiting for our Judge to arrive. Ray Girling, almost stealth like, took his seat eyeing up the competition around the room. It was a fine turn out for the competition with 29 members eager for the judging to start.

Our Chairman called the meeting to order. After dealing with the usual admin – tea duties for the next few weeks - he ordered a round of applause as he introduced our Judge for the night – Jane Lines (LRPS, CPAGB, DAPG, MPAGB, BPE5*) from Chorley Photographic Society. Jane started her Photographic journey in 2009 after deciding to follow her husband Adrian. In the few years she has been involved in photography she has been awarded many accreditation's. In addition to this Jane Lectures and Judges for the L & CPU (Lancashire and Cheshire Photographic Union) and has recently been appointed as a Judge for the PAGB (Photographic Alliance of Great Britain)

Tonight, would be a busy night for Jane. With 95 prints she had her work cut out to review each image, make a quick assessment as to likes and dislikes and then award it a mark out of 20. The rules for the competition are a little different than that of the usual monthly Open. Each member is allowed to submit up to 16 images across 7 categories, with a maximum of 4 images being permitted in any given category.

Without a moment to lose Jane was off. Reviewing each image with precision, not missing a trick and commenting in a balanced way as to things she likes versus the things she believed could be improved. The usual technical issue where mentioned; background distractions including highlights, horizons needing to be level, eye contact in portraits – her preference having the subject looking straight into camera creating a solid connection with the viewer, people being cut off by the edge of the image. The importance of focal point, cropping advice. Jane commented on a number of images having a colour cast – it became apparent that she prefers natural colours in greenery and skies. Throughout the evening Jane was happy to give her view on the definition of the section that she was judging, which revealed to the audience that she is a bit of a purest, which I found refreshing.

The category winners were announced.


I offer my congratulations to the winners and my personal thanks on behalf of MCCC to our judge – Jane Lines, who worked incredibly hard providing balanced and honest feedback throughout the whole evening.

Leaving the Dingle Centre after all the excitement with a satisfied grin on my face, I became aware of my competitive inner self, shouting at me, telling me that I had missed out tonight by not taking part. Let that be a lesson to us all.