Picture in EXE by Mike Lawrence 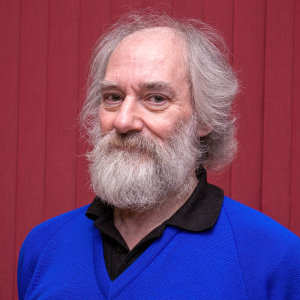 Mike Lawrence
As an amateur photographer, I have not really thought that much about making movies or AVs out of my images. Yes, like a lot of other people, I have had a play with windows Movie Maker and made one or two short movies, but I didn’t really know what it was all about, not until I met Mike Lawrence (DPAGB / AFIAP).

Mike Lawrence is our speaker for tonight. Mike a keen photographer has been using a camera since he was 5 years old. He will general take images of anything but does prefer to take images of people. Having a professional background in developing presentations, he went into creating Audio Visual (AV) movies about 10 years ago. He explained that it was a different way of showing his images that appealed to his creative abilities. Mike also confessed that he is a regular photographic model specialising in the Gothic style with full makeup and black attire.

Mike specialises in making Audio Visual movies out of his images. He wants to tell the whole story and not just with one image but with a whole selection of images, usually to some kind of background music. Mike came to Mid-Cheshire Camera Club to show us his art and in particular how he uses his software of choice – “Pictures to EXE”

It was clear that Mike new his business. He happily fielded questions about the software, how it worked and the various settings that he used to make his movies. He also was able to go into the depths of answering issues on music copyright. Mike explained to us why he had used Pictures to EXE for a number of years staying loyal to the software makers through a number of generations and versions. He gave us detailed explanations and demos on the interface, adding pictures, adding music, timing music to the image sequence, understanding the timeline and a whole host of other aspects of the software.

Mike ended his presentation with two Movies that he made depicting a visit to a poor dilapidated urban town in Romania. He had taken a number of images depicting the day to day lives of the local people including the children. The images themselves gave a graphic example of the living conditions that these people endured on a daily basis. If that was not enough for our visual senses, our auditory senses were stimulated by the music from a local Romanian band - the music sounded sad and sober. The end result was a powerful story about the daily struggle of life in a poverty-stricken Romania.

Mike had made his point to the mesmerised audience, showing the powerful story telling abilities of this type of photography.