Iceland in Winter by Dave Bibby 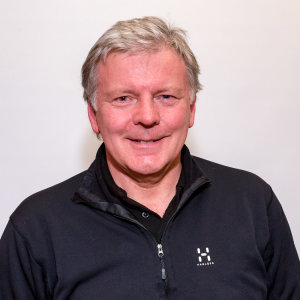 Dave Bibby (CPAGB, BPE3*, EFIAP) is an accomplished photographer that likes to get about. Having ventured to Mid-Cheshire Camera Club last year bringing us impressive images and his unique from the Scottish Highlands he returns to the Club with new images evidencing his exploits in Iceland.

Dave is based in Fleetwood and is a member of North Fylde Photographic Society, a club that he has been associated with since 1980. Dave has been visiting camera clubs since about the same time giving talks on his photographic escapades. His preferred genre is Landscapes. Dave is also a Judge for the L&CPU, a position he has held since 1986. Dave is a Nikon user but will adapt and to reduce weight on his travels has been known to take images with his mobile phones built in camera. Dave is a firm believer that ‘one should take images for themselves’.

Dave provided an in-depth account of his journey around Iceland including the places he stayed and the best locations to obtain those spectacular landscape shots. His account was factual and peppered with some of the local language and culture giving the 30-strong audience an understanding of Icelandic life.

Dave, keen to impart on us his objective for this trip, discussed his goals which came from his personal ‘bucket list’. Dave wanted to walk on a Glacier and photograph the Aurora Borealis also known as the Northern Lights. But he was not going to let the iconic shots, bespoke to Iceland go without a good coat of looking at. He showed us his images taken at the crash site of the well known US Navy plane buried in the black volcanic sand on Sólheimasandur beach and the Diamond beach at Jökulsárlón where it is common to see washed up blocks of ice crystals complete with their beautiful crisp blue hues.

Dave summed up his venture in a few words; Excellent scenery, fantastic photo opportunities, a lifetime experience which he personally described as breath taking and soulful. What more could anyone want from an adventure to Iceland. Oh, and he did get to walk on a Glacier and photograph the Aurora Borealis.