An Evening with Terry Donnelly 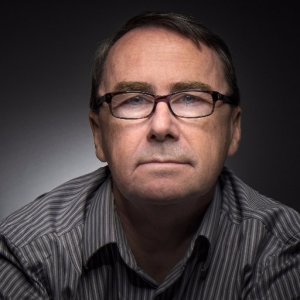 Terry Donnelly
If you are like me then you will not only enjoy photography but you will like the kit that comes with our chosen hobby. We all do our best to purchase the most desirable equipment that we can afford to enable us to take great action or record the sharpest detail in our images. With this in mind, the members of Mid-Cheshire Camera Club were treated to an evening with Terry Donnelly who, as a Photographer, moved to Sony a couple of years ago and was asked by them if he would compile a presentation based on his journey in photography and the move he made to Sony and why he enjoys using their equipment. Terry had brought with him Sony and London Camera Exchange representatives who were happy to assist members with any information about all the sample kit on show during the extended break.

I can all most feel the heavy eyelids of the staunch Canon and Nikon users
straining to stay awake as they read this article. This is not an article about Sony per se, but more a short prose about a very interesting talk given by a talented and funny Photographer who just happens to use Sony equipment.

Terry started at the very beginning which is a good place to start (there are no songs here). He provided an in-depth insight into his work as a sports photographer covering a range of subjects including his beloved Liverpool Football Club. His sample images were of an excellent quality and may be this is down to his equipment or the great lighting, but the images were stunning with action shots being frozen and the detail so clear in them.

Terry had a really nice way about him. He was able to give an overview of a particular point putting it across in simple terms thus allowing the whole audience to understand the subject matter. He confidently fielded questions using his examples from his experience to enhance the answer.

His advice did not stop at just the type of photography he was interested in but also included how he was able to post produce his images in Photoshop. He informed the audience that his series of London Underground images were completed by double processing raw images. A long with the images came stories of why he was in a particular location and how the shot was obtained. These little anecdotes were funny and cleverly added to the impact of his presentation often ending up in a ripple of laughter across the 30-strong audience.

Regarding ‘Sony’ – Terry was there to sell the benefits of the kit and he did do that - pointing out the advantages he had found over heavier, larger DSLRs and other Mirrorless Systems that he had used over the years. However, his pitch was done with a sense of proportion and balance. It was not aimed at converting the whole audience to a mirrorless full frame system, but inviting anyone out there who was considering a change to take a look at what Sony were offering.

All in all, this was a very enjoyable evening - I left feeling that I had learned something from Terry. His input had recharged my enthusiasm in my love of photography. All I can say now is – bring on the weekend!