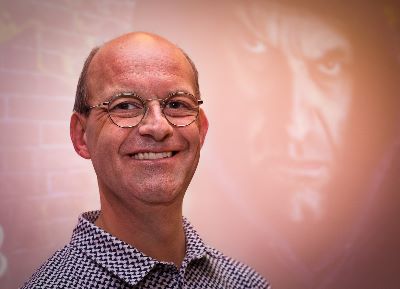 Tonight, we welcomed Darrell Oakden from Alsager Camera Club (www.darrelloakden.com) back to Mid-Cheshire Camera Club although not as a Judge, but as a Lecturer. Darrell has a number of strings to his bow, besides being an accomplished photographer and L&CPU Judge, he also provides lectures on Post Processing images using Photoshop. Having seen some of his recent work in the Clay Cross PDI Exhibition 2017, I can see that he has an abundance of knowledge in this area.

After a lofty introduction from our Syllabus Secretary - Ray Hill - Darrell opened the evening up describing his presentation as a ‘taster’ – a way of giving the audience some base knowledge as to what Photoshop is capable of doing while at the same time injecting some confidence into the audience for us to give it a go ourselves. Darrell explain that this was going to be a night of two halves. The first half was dedicated to showing the audience a number of different tweaks that would make a good photograph better and the second half would be dedicated to a study of images including some composite images that Darrell had completed himself, the idea being to break down the parts of the image showing the audience exactly what processes he had made and more important why to obtain the final result.

I suppose at this point the purests amongst us would say that a photograph is anything that is created in camera and not on the computer. As a purest there may have been a time when I would have agreed with that statement but as a photographer I also want to create the best possible outcome with the equipment that I have. If that means I have to learn how to use Photoshop, Lightroom or anything else, then so be it. My last season in the club was my first in the Advanced section and I had an appalling year. Nothing that I put in front of the Judges seemed to spark any artistic interest that was reflected with decent points. The really low point was coming last on two consecutive occasions. Reflecting on this I asked myself what was wrong with the images? Well technically nothing much, they were sharp and the composition was okay but they lacked polish and sparkle, amongst other things I missed opportunities to play with the light within the raw data to direct where I wanted the viewer to look. It has taken me a few years to realise that I need to learn post processing if I am going to get the best out of my images. So, in fairness I was really excited about Darrell’s presentation.

Darrell started off gently not assuming our knowledge. He talked about RAW – demystifying its mystery. He discussed in detail workflow order explaining his start point was always the histogram describing subtle use of the Camera Raw sliders was the key to successful looking images. He encouraged us to make non-destructive edits and showed us what that meant and why it was important – we all make mistakes in our editing and we need a way that will allow us to go back to a previous version of the edit if we go wrong. One of the things that has caused me a massive headache to understand is layers. I struggle to grasp the concept of them however, Darrell covered this subject fielding the odd question from the audience with ease. He showed us the best way to convert an image into mono, he also went into great detail with cloning and healing showing us the absolute power of Photoshop. In the second half he went to town with some of his own work showing us how he had made up composite images and introducing to us tools such as the Liquify Tool for facial corrections. Darrell made excellent time and was able to offer a small Q & A session where he fielded questions about eradicating halos, cutting out objects and placing them into other photos. He explained the art of making composite images look believable by the correct use of shadows to enhance the cut out. 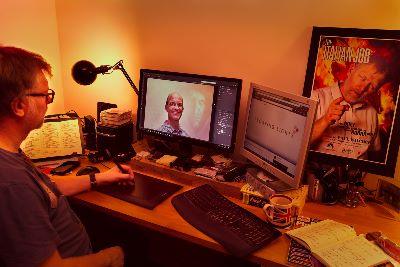 Armed with this knew found knowledge and sense of artistic freedom I decided to have a go. Having found a suitable image for the job I made a number of layer adjustments making subtle changes to the tones and contrast and removing artefacts and imperfections finally using a number of different sharpening techniques to obtain the finished result. The overall result was not so bad, not so bad at all - and the interesting thing, thanks to Darrell, was that it was not as difficult as I thought it would be. I even secretly using an image of myself had a go of using the Liquify tool. For the first time in years I now only have one chin and I have shed a good few pounds. I am sure the members of Mid-Cheshire Camera Club will join me in thanking Darrell for his time and imparting his detailed knowledge.