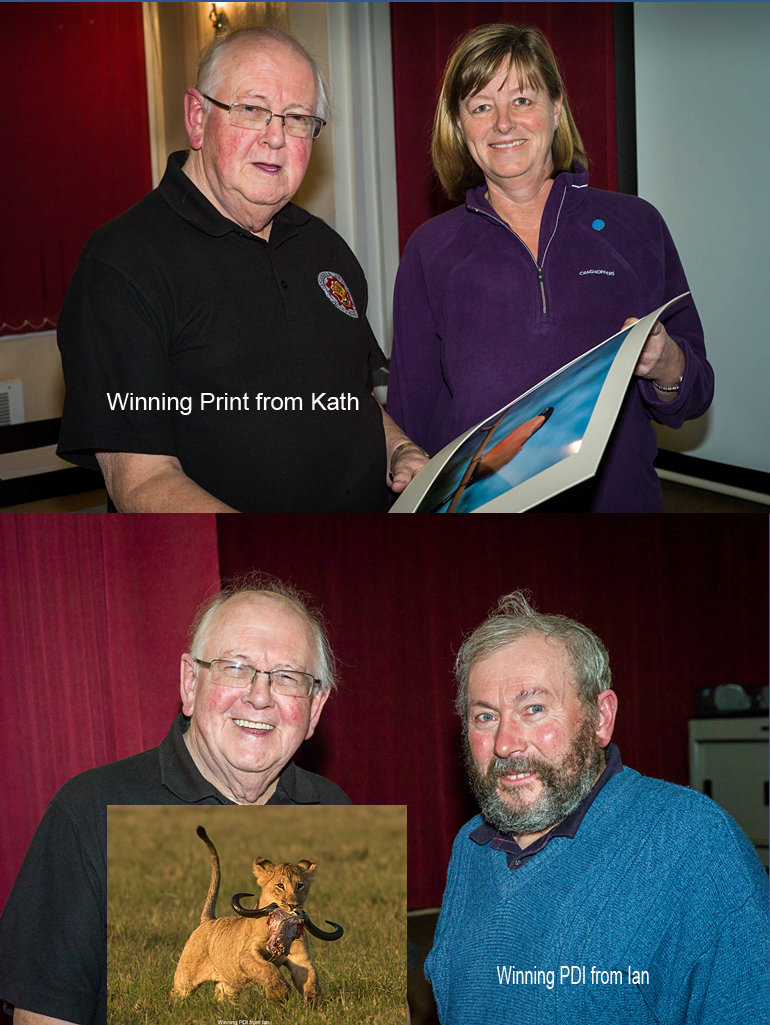 Bob Dennis Congratulates Both Kath and Ian for two images each scoring 20 marks (archive picture}
It was the second Tri Battle of the season on Thursday night and was between Frodsham-Northwich and MCCC we won by a margin of 17 marks
The judge for the evening was Bob Dennis who gave comment and marks in his unique style, and kept us entertained with his many anecdotes.
In the first part we had the prints and we had some excellent marks two 20's one from Kath and the other from Ian. The total club marks for the prints were: Frodsham 155 Northwich 169 and MCCC 179
The second half we had the DPI section and once again scored two 20's one from Kath and one from Ian.
In the DPI section the club scores were:
Frodsham 164 Northwich 166 and MCCC 173
So a great victory for MCCC thank you to the members who came along to support the club and members who contributed their pictures (I didn't hear one horn or rattle all night and the humour was in the best possible taste)
The event was hosted by Northwich and I think they did an excellent job which was very well organised.