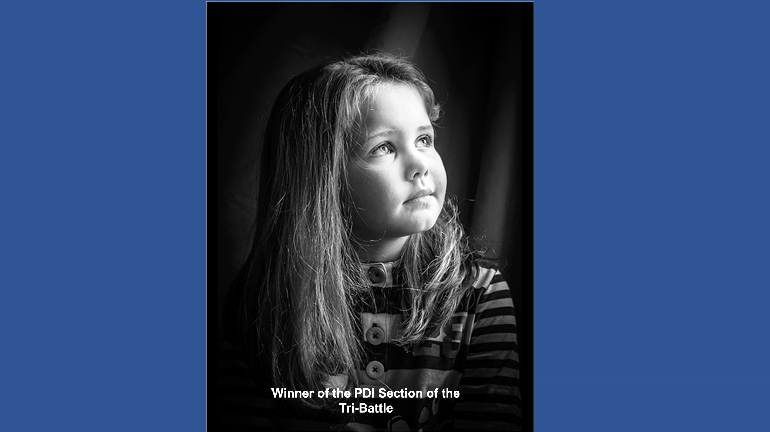 The Annual Tri Battle between Mid-Cheshire Camera Club, Crewe and Whitchurch was hosted by Crewe on Thursday 5th February. Dr Brian Law was the judge. The first part of the competition was the PDI section and Mid-Cheshire excelled with many scores of 18 and 17. Congratulations to Mark Clayton of Mid-Cheshire for a well-deserved first place with his excellent picture entitled Daydreaming which scored 20. And once the scores were added up Mid-Cheshire had won the section. The Prints were shown in the second part of the evening and Whitchurch won that section. When it came to the end of the competition, and after a recount Mid-Cheshire tied with Crewe.
Thank you to everyone who contributed and supported the club. It was a close-run competition and we look forward to next time!
Ray Girling External Competition Sectary
Previous
Next
Next
Previous